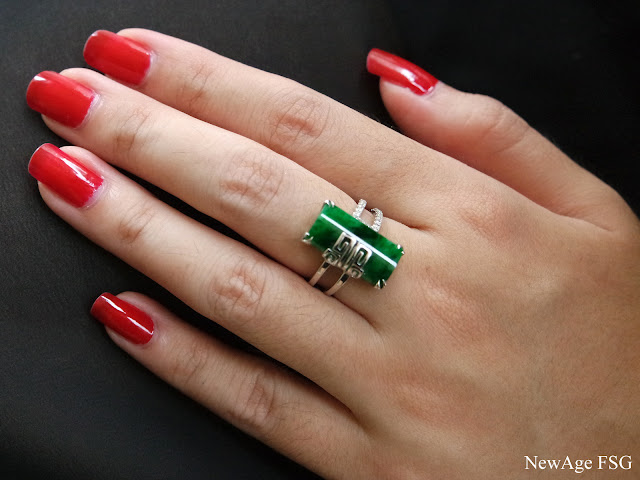 Jadeite Jade has been cherished by many for thousands of years. All are attracted by its rich heritage as much as by its beauty, durability and rarity. Since ancient times, the Chinese believe that the true value of tradition may simply lie in a piece of Jadeite Jade. Jadeite Jade is not just any gem or jewel but a genuine value that can be savoured over a life time and passed down through the generations. Owning a piece of Jadeite Jade symbolizes nobility, wealth, status and prosperity. The Chinese also believed that the carvings of Jadeite Jade invoked powers of heaven and earth. Hence, some of the ancient symbolic motifs are still used in modern Jadeite Jade carvings like:

The Europeans were also fascinated by the gem carving tradition of Jadeite Jade by the Chinese where carvers created masterpieces inspired by the art, architecture, history and designs of the East. Many of such intricate carvings are much sought after by collectors today.

Today, investment quality Jadeite Jade with extraordinary characteristic like good translucency, colour, density and intricate carving are much sought after by many. Auction Houses have also seen an increased in Jadeite Jade transactions for the last decade. Hence, Jadeite Jade is emerging as one of the most valuable investment these days. Click the link below and you will see Jade Expert and Collector, Christina Jee explaining why you should own a piece of Jadeite Jade today.

Email ThisBlogThis!Share to TwitterShare to FacebookShare to Pinterest
Labels: Jade