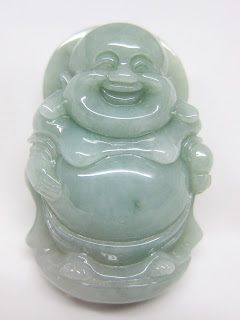 The Laughing Buddha, also known as the Maitreya Buddha in Buddhism is believed to be the future Buddha. The Sankrit word “Maitri” means kindness, love, benevolence and goodwill. In some ancient Buddhist scriptures like Mahayana and Vajrayana, it is believed that the Maitreya is the successor to Sakyamuni Buddha and is referred to as the Future Buddha.

The Japanese believe that he is a mediator in relationships while the Koreans believe that the Maitreya will bestow them with good children. In Chinese culture, he is represented as the Laughing Buddha and is considered to be the ultimate symbol of happiness. Tradition says that such a monk by the name of Budai lived during the Liang Dynasty. Because of his large belly and generous smile he was called The Laughing Buddha. It is said that he was very generous and kindhearted too. He was always smiling or laughing, with a largely exposed pot belly stomach. It is said that his inner smile is so strong that it radiates throughout his entire face taking away all your unhappiness and problems immediately.

The Laughing Buddha is also a very popular Feng Shui Symbol, often used to generate good energy and add harmony to your home and office space. According to legend, if one rubs the Laughing Buddha's great belly, it will bring you good luck, wealth and prosperity. Likewise if you carry a Laughing Buddha pendant with you or when you are wearing one, you will receive such good fortune and wealth too. 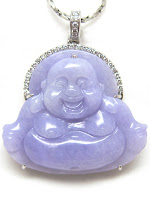 In Flying Star Feng Shui, the Laughing Buddha can be used to mitigate the negative influence of the Illness star 2 and the Total Loss star 5.

The Illness Star brings sickness and ailments, while the Total Loss Star, instigates fights, accidents and loss of wealth or even death. The Laughing Buddha is also an excellent antidote for the Three Killings which brings misunderstandings, legal disputes, financial losses and even accidents. Placing the Laughing Buddha symbol in the affected sectors can dissolve all these negative energies.

Symbols of the Laughing Buddha make very good gifts as well. Giving the jade Laughing Buddha pendant would give its recipient a lucky start in life. Rub his fat belly every day and say a little prayer to let him transform all your troubles and problems into happiness and good fortune today! 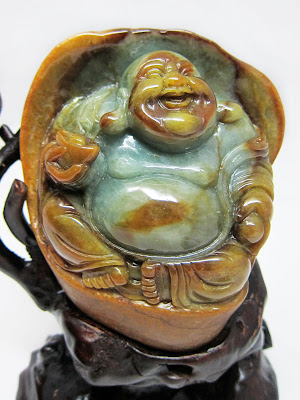