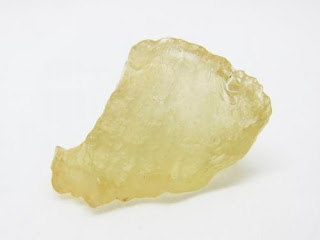 Gold Libyan Tektite is a yellow glassy material with high content of silicate dioxide. Found in the Sahara Desert in Libya and Egypt. Its composition is similar to the Moldavite and other Tektites. Gold Libyan Tektite is believed to harness supernatural powers, and is able to protect its wearer, even after death.

Gold Libyan Tektite helps you learn your duties in this lifetime and 'know' what you should do now. It is believed to benefit individuals who are sensitive, especially 'Star Children' who sometimes find difficulties being on the Earth plane, with its heavy energies. Gold Libyan Tektite is said to be a stone of Compassion, Universal Love and Enlightenment with the energy of the cosmos. It is believed that by placing a piece over your heart, you will be able to activate the higher heart chakra, channelling cosmic energy directly to it.

The Gold Libyan Tektite resonates with, and transmits the Golden Ray, which is the highest light vibration the physical body can receive.

Metaphysics Properties
Unlike other stones such as Moldavite and Tibetan Tektite, the Gold Libyan Tektite carries extraordinary energy from the cosmos. Its remarkable vibration enhances the strength of one’s will power and one’s ability to manifest. It helps one to realize one’s full potential while strengthening one’s energy field. By meditating with it, one will be able to channel cosmic energy for spiritual transformation and consciousness shift.

In Asia, people believe that it can help increase sales and profits in the business by bringing good luck to its owner. It aids learning and help one cultivate a more creative approach to life. Invoking happiness, curiosity, willingness and playfulness, it brings people together promoting greater networking.

In healing, Gold Libyan Tektite aids the stomach’s digestive issues, including ulcers, irritable bowel syndrome, excessive stomach acid, and improper absorption of nutrients in the bowels. It strongly stimulates the digestive system and is particularly helpful in aiding digestion, metabolism and the endocrine system. 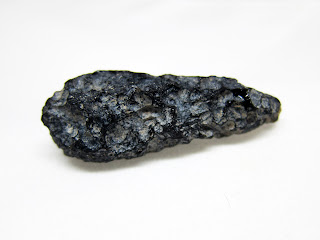 Tibetan Tektite is a valuable gift from the universe. It’s a form of tektite similar to moldavite that was formed when a large meteor struck the Earth millions of years ago. Found in oval or elongated forms with much pitted surfaces, suggesting that the stone was cooled under water. This adds the water element of cleansing to its overall energy. At a glance Tibetan Tektite looks black, but a closer look at its edges reveals it to be a dark golden yellow. Tibetan Tektite has the healing characteristics of a stone native to Earth with a slightly different feel when used in meditation.

Metaphysics Properties
Tibetan Tektite eliminates negative energy that distracts us from our purpose. It strengthens our aura and helps to ensure good health. It enhances our thought transmission and assists in attaining knowledge. It makes the hidden truths obvious.

Many cultures believe that the Tibetan Tektite brings the ultimate good fortune, divine protection, good health, wealth, prosperity, victory and windfall luck. It enables its wearer to gain power and influence. It also protects it’s wearer against all kinds of misfortune.

In crystal healing, the Tibetan tektite produces a powerful energy to encourage accumulation of knowledge and eases insights and comprehension. It also eases problems connected to the nervous system and is very suitable to assist those who are emotional, nervous, fearful, stressed and pressured, and gets angry easily.