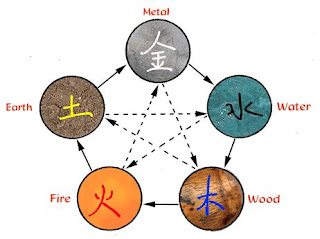 Medical science has developed anti-biotic to tame even the deadliest diseases. However, with each medical breakthrough, new threats continue to affect our lives. In fact, some of these are even caused by the same drugs that save lives. It has been observed that practitioners from the West diagnose an ailment by isolating an agent such as a virus and then try to eradicate it or treat the symptoms with drugs. Ironically, side effects from prescription drugs are also one of the many causes of death. To many people it seems that modern scientific medicine has failed to provide the necessary knowledge to prevent ill health. Advance surgery may give the impression of medical and technological mastery, yet most operations could have been avoided in the first place. Other threats to health are caused by air pollution, low quality mass produced food, dangerous farming practices and more commonly stress of our daily lives.

As a result, many people are left wondering if orthodox medicine is able to cure all diseases. Today, most people have turn to alternative therapies. Many people believe that these practices complement our own bodily resources, providing the extra help needed to recover from the same illness. This is because before western medicine was developed, our fore fathers treated pain and diseases using traditional techniques passed down by their ancestors. In fact, it was discovered that all traditions studied the system of the body’s energy. Energy medicine is part of a rich healing tradition that has developed in various forms around the world. The Indian traditional medicine, Ayuvedic, the Greek medical theories and also the Oriental practices all studied the flow of energy in our body. Even the earliest medical reference from Ancient Egypt around 2500 BC was based on the same principle.

Oriental medical practitioners aim to work with the body strength and its natural inclination of heal. This is based on the belief that we run on a “vital life force”. This energy called prana in India, qi in China and ki in Japan is carried to every part of the body in a system of channels called meridians.

To a Chinese practitioner, the balance of various elements are also important, especially the Yin and Yang – opposite forces that complement each other. Yin and Yang are sometimes described as the male and female energies. Each of us contains both. Yin is soft while Yang is forceful. We need a balance of the two to create healthy Qi and prevent illness because too much or too little of either causes a blockage in its circulation.

The traditional Chinese view is that when creation took place the Yin and Yang brought forth the five elements water, wood, fire, earth and metal. The harmony of this cycle is the basis for health in humans. Disturbances and disharmony of this cycle often lead to illness. 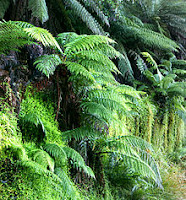 Wood 木
Wood represents the vegetative life within man; all the activities that continue when unconscious such as digestion, heart beat, respiration and basic metabolism. It is associated with the liver which affects the muscles, tendons, and ligaments and is related to the eyes. The season of wood is spring, the time of growth and beginnings. It nourishes fire and controls earth. 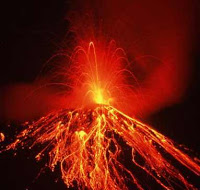 Fire 火
Fire symbolizes the combustion that occurs within the body. It is vibrant and energizing. Fire corresponds to the season of summer, the time of the year for the greatest amount of activity. It nourishes earth and controls metal. It is associated with the heart which in turn nourishes the circulatory system. The heart, small intestines and pericardium is adversely affected by excess heat.

Earth 土
Earth symbolizes stability. Every life on earth has its “roots” in earth, grows from earth and returns to it upon death. To be “grounded” means to be balanced and consistent in the play of forces in the world. Earth is associated with the spleen and connective tissue and is related to the sense of taste. When in balance the individual is mentally stable, contented and experiences physical and social well being. Earth nourishes metal and controls water. Its function areas are the spleen and stomach. 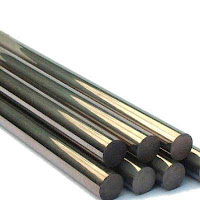 Metal 金
Metal represents firmness. The season of metal is autumn, it is a time of transition and letting go. It nourishes water and controls wood. The skin, the largest organ of the body corresponds to metal. It is associated with the lungs which nourish the skin. Those whose metal is well balanced are strong, have healthy assimilation and elimination and are resistant to diseases.

Water 水
Water is the basic requirement in life. The water in our body nourishes and maintains the health of every cell. An imbalance of the body fluid will result in diseases. It is associated with the kidney, which nourishes the bones, hair and teeth. The season of water is winter and it nourishes wood and controls fire.

The Chinese believe that a balance of the 5 elements and a healthy emotional state of mind is indispensable in achieving a good healthy body. Excessive anger, grief, fear, anxiety and even joy will result in poor health. More correctly, they are the manifestation of imbalances in the five elements.

Anger is related to wood. Anger from resentment affects the Liver energy. Prolonged anger causes Qi to rise, resulting in thirst, dizziness and most commonly palpitations. The Chinese believe that the inability to express anger is seen as a weakness in the wood element. This will result in a state of repression and overtime, diseases will set in. Excessive excitement can lead to over stimulation of the heart causing mental restlessness, insomnia and mouth ulcers. This is seen as harmful to the fire of the body which affects the heart. Sadness and grief affects the balance of water energy in the body and can cause a deficiency of Lung energy, which impairs the Lungs’ ability to distribute Qi throughout the body. This depletion of Qi can also interfere with the Heart and can lead to tiredness, breathlessness and depression. Earth is related to the centre and being grounded can allow us to experience empathy and calmness. The balance of earth also helps to heighten concentration level.

Each of the emotions affects the harmony of a particular organ. Since fighting such disturbance creates even more conflict, the Oriental way is to observe them with awareness and through Meditation, a proper diet and ample rest can naturally dissipate these disturbing energy. Although the Oriental and Western medicine are able to treat the same conditions, practitioners from the East and West diagnose an ailment in different ways. Western physician uses medicine to suppress the symptoms, thus overlooking the cause for the disease. The Oriental way, however, try to look for a complete picture of their patient. In fact the most fundamental concept of oriental medicine is that your body, mind and spirit are all interdependent. They affect one another at all levels. So an oriental physician does not see a physical ailment in isolation, but as a reflection of disharmony within the whole body.
Posted by New Age FSG Blog at 19:51